Sign UpLogin
You are here: Home / Archives for Jamar Johnson 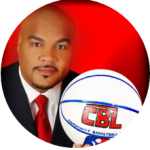 Jamar is responsible for providing leadership, direction, and control for all aspects of the CBL Worldwide, Inc. operations. In high school Jamar played for Concord High School’s two Indiana State Runner-Up teams in 1988 (Sophomore) and 1990 (Senior).  The state championship game his senior year in high school still holds the record for the largest attended high school basketball game in history with 41,000 people in attendance at the Indianapolis Hoosier Dome Stadium. Jamar then went on play basketball and completed his undergraduate degree at the University of Nebraska in Human Resources and Family Science. After a brief professional career overseas and in the Continental Basketball Association (CBA) Jamar returned to the University of Nebraska and served as a Graduate Assistant Coach for two seasons. In 1996 Jamar started SportsPro HR, Inc., a sports management business that focused on managing off the court business aspects of NBA players. Jamar then went into the corporate world where he has also worked in Sales, Human Resources, Finance, and Marketing. Jamar was elected into the Elkhart Sports Hall of Fame (his hometown) in 2008 and the Indiana Basketball Hall of Fame’s Silver Anniversary Team in 2014.  Jamar is author of “Improving America One Basketball Game at a Time” and Chief Editor of CBL Exposure League magazine and media. Jamar’s favorite quote: “You can’t make it if you don’t shoot!” 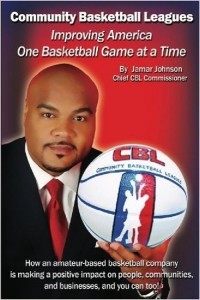 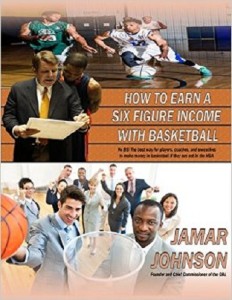 How to Earn a Six Figure Income with Basketball: No BS! The best way for players, coaches, and executives to make money in the basketball if they are not in the NBA by Jamar Johnson
Jamar Johnson