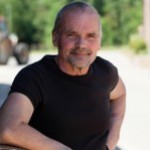 Bob van Laerhoven was born on August 8th 1953 in the sandy soil of Antwerp’s Kempen in Belgium(Flanders), where according to the cliché ‘pig-headed clodhoppers’ live. This perhaps explains why he started to write stories at a particularly young age. A number of his stories were published in English, French, German, Spanish and Slovenian. Debut Van Laerhoven made his debut as a novelist in 1985 with Nachtspel – Night Game. He quickly became known for his ‘un-Flemish’ style: he writes colourful, kaleidoscopic novels in which the fate of the individual is closely related to broad social transformations. His style slowly evolved in his later novels to embrace more personal themes while continuing to branch out into the world at large. International flair has become his trademark. Avid traveller Bob Van Laerhoven became a full-time author in 1991. The context of his stories isn’t invented behind his desk, rather it is rooted in personal experience. As a freelance travel writer, for example, he explored conflicts and trouble-spots across the globe from the early 1990s to 2005. Echoes of his experiences on the road also trickle through in his novels. Somalia, Liberia, Sudan, Gaza, Iran, Iraq, Myanmar… to name but a few. Mass murders During the Bosnian war, Van Laerhoven spent part of 1992 in the besieged city of Sarajevo. Three years later he was working for MSF – Doctors without frontiers – in the Bosnian city of Tuzla during the NATO bombings. At that moment the refugees arrived from the Muslim enclave of Srebrenica. Van Laerhoven was the first writer from the Low Countries to be given the chance to speak to the refugees. His conversations resulted in a travel book: Srebrenica. Getuigen van massamoord – Srebrenica. Testimony to a Mass Murder. The book denounces the rape and torture of the Muslim population of this Bosnian-Serbian enclave and is based on first-hand testimonies. He also concludes that mass murders took place, an idea that was questioned at the time but later proven accurate. Multifaceted oeuvre All these experiences contribute to Bob Van Laerhoven’s rich and commendable oeuvre, an oeuvre that typifies him as the versatile author of novels, travel stories, books for young adults, theatre pieces, biographies, poetry, non-fiction, letters, columns, articles… He is also a prize-winning author: in 2007 he won the Hercule Poirot Prize for best thriller of the year with his novel De Wraak van Baudelaire – Baudelaire’s Revenge. In 2013, the French translation “La Vengeance de Baudelaire” was published in France and in Canada. The English translation “Baudelaire’s Revenge” was edited in the US in 2014. Also in 2014 came the publication in France and in Canda of “Le Mensonge d’Alejandro”, a second novel (Alejandro’s leugen – Alejandro’s Lie) in French translation. Baudelaire's Revenge won recently the USA BEST BOOK AWARD 2014 in the category Fiction: mystery/suspense 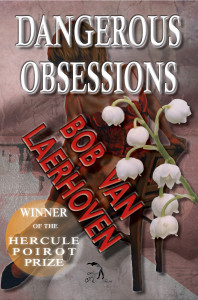