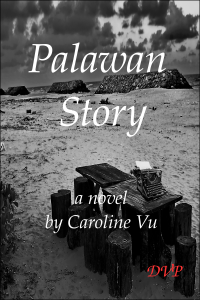 Under the cover of darkness, Kim, a young girl, is put by her mother on a crowded fishing boat to escape Vietnam. The derelict boat drifts for two weeks on the South China Sea before reaching Palawan, a refugee camp in the Philippines. There, an American immigration officer mistakes Kim for a sponsored orphan with the same name and sends her to America. In the US, Kim tells her unsuspecting adoptive family the orphan stories they want to hear. While she succeeds in inventing vivid details for her assumed identity, there is a missing page in her own past. The boat trip out of Vietnam is a total blank, and she fears the worse. Years later Kim returns to Palawan as a volunteer doctor. Still haunted by what may have happened on the boat, she begins to record the stories of the other refugees. Through them, she seeks to unblock her suppressed memories.