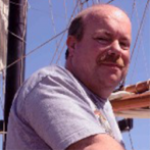 Graeme Smith. Fantasy author. Mostly comic fantasy (which is fantasy intended to make you laugh, not fantasy in comics).

Having Graeme Smith as my pen name is convenient, since it also happens to be my real name. I might try to be funny and say my pen’s called Graeme, but then I’d have to admit I don’t use a pen. Maybe I should call my keyboard Graeme instead.

When I’m not writing (well, or editing my writing. Or re-writing. Or editing my re-writing. Or… Quite. You get the picture), I’m doing other things. Things like looking for my knitting needle – in the kitchen :-). Things like hiding from my Editors when I haven’t spent enough time doing the writing thing (blush). Things like online gaming. So if you know Bard Elcano, you know me. If you know a grumpy old dragon called Sephiranoth, you know me. If you know a tall, dark, handsome but brooding vampire, charming witty and brilliant – we never met. That’s someone else :-).

So there you are. Graeme Smith. Me. Short, fat, bald and ugly (fortunately my wife has lousy taste in men). Time was, I worked on a psychiatric ward. Now I write about people who believe in magic and dragons, and who live where the crazy folk are the ones who don’t.