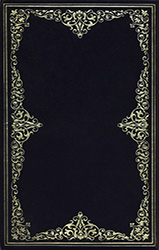 Emily and Devon Proctor finally realize their dream of having a child. When their son, Jimmy, was three years old, father and husband were taken from them. Life threw them a series of setbacks until Emily, a single parent for fifteen years, encounters a male patient in the hospital where she worked as a nurse. An unexpected and enduring romance begins.   (Word count 156,384)

Think about all those things that are urgent to you. Don’t rush. Take your time. It may be important.

Perhaps you’ll agree; there are moments when we think about time as though it were nothing more than a gentle breeze on our face. We relax as we ponder goodness knows what, and bask in the time we have at our disposal. During these peaceful moments, it seems as though time just flutters about, softly, quietly. During other moments, we unwittingly think that we simply must move ahead. So we do. Eventually, we discover that time was not our friend. It was clearly an adversary, mercilessly shoving us forward, like a strong wind at our back.

When we are unexpectedly propelled headlong into something that is against our better judgment, or our deepest wishes, we may make a feeble attempt at resisting the force. Especially when we’re rushed into situations that we’re not prepared for. But deep down we know, we really do know, resisting the strength, the vitality of time, is ridiculous, because time is a fucker. Ah yes, it is very deceptive and very stealthy, shifting about all around us, lurking in the shadows, an intruder, arriving in the middle of the night, or the early hours of the morning, or mid afternoon. Creeping up and springing a horribly clever trap.

We discover, quite often I dare say, that when time does attack, it is always from our blind side. Usually when we least expect it. Time creates. Time destroys. Time has no equal. Without it, life would be ideal, wouldn’t it?

I’d really love to ponder this further, but I don’t have time.

Chapter One 'The Wish' by Ken Bond

Devon Proctor danced up the stairs, steel cleats on boot heels tapping out his excitement as he yelled, “Sweet cheeks! Hey sweet cheeks, I’ve got the contract!”
He tripped on the last step, his six foot height tumbling face first onto the second floor landing just as Emily opened the bathroom door. She emerged through a mist of steam pouring out into the hallway, a white towel coiled high on her head giving the impression of a Greek Goddess, her naked body wrapped in a fluffy white robe.
“I did it,” Devon shouted from his prone position on the landing, beaming up at the woman who had kick started him into truly enjoying his life. “I did it, Emmy!”
“I can see that,” Emily laughed.
Devon sprawled across the hardwood floor, laughing and rolling around, settling on his back, pumping his legs, pounding the floor with both hands and feet.
“We’re gonna have the baby we’ve been wishing for.”
“We’re what?” Emily held her breath, listening carefully in case she’d heard wrong.
“A baby, we’re gonna have our wishbone baby!”
“Do you mean it?”
“Yes.”
The smile on Devon’s face was infectious; he was filled with confidence, miles away from the frightening fucked up times before he’d met Emily.
“Yes, I sure do mean it. We’re gonna have a baby. This is the perfect time.”
Emily didn’t know whether to laugh or cry.

The early years had been a struggle; neither of them held a job for very long. Not because they didn’t deserve to, but because they’d encountered a wicked streak of real shitty luck. They’d been talking about a baby for years and agreed, as soon as they could afford to raise a child, they’d have one.
Memories whirled like windstorms, flickering brightly, whisked away, replaced with another recollection. The strongest was from two months after they’d devoured a tiny Thanksgiving turkey. A cold wind howled, shaking the old windows in their frames. They were in their sun drenched kitchen, bracing themselves, legs extended in a tug of war position, both of them with a tentative grip on the end of a small, dry wishbone.
“On three,” Emily said, their mouths reflected in each other’s eyes as they counted down, “One, two, three!” Fingers and thumbs pulled simultaneously. Snap! The center of the dried wishbone spiraled rapidly toward the ceiling. Devon instinctively held out his right hand, the small piece of splintered bone dropped neatly into his palm.
Emily squealed and giggled, “That means we both get our wish.”
“What did you wish for?”
“I can’t say or it won’t come true.”
“Yes you can, it’s okay to tell.” Devon’s tone was quiet and serious, “When both people get their wish, its okay to tell each other.”
Emily giggled; she loved the spontaneous rules Devon applied to traditions.
“It is not,” she gushed.
And she always fell for them, “Is it?”
“Damn right.”
“Okay, okay, I wished… are you sure?”
“Yes, Emmy, positive!”
“I wished… I wished we could have a baby!” She blushed with excitement at the revelation but when the smile on Devon’s face disappeared, joy turned to fright.
“I jinxed it, didn’t I?”
“No,” Devon said as he held her gently in his arms, “You didn’t jinx anything, I wished for a baby too.”

Now here they were, a few years later, their wish was coming true.

“We’re on our way, sweetheart. I landed that new housing development contract in Goodwood.”
“Oh, Devon, that’s fantastic! Can you manage? I mean do you start right away? What about a crew?”
“I hired a new construction foreman, guy named Norm Eveland, he’s first rate; says he can put a crew together in three days! That helped me win the bid.”
“What about the penalty clause?”
“I had to accept it, everyone else agreed to the clause ‘as written’.”
“Oh, Devon, are you sure?”
“Yes, I’ve never been surer. Come here.” He patted the floor beside him, the afternoon sun was pouring in through the upstairs window, warming the hardwood floors.
“What do you have in mind, Devon Proctor?”
“It’s time we made our wish come true.”
Emily’s head flew back as she laughed. The towel fell to the floor, her damp hair cascading down onto her shoulders. She loved the sparkle in Devon’s eyes when he smiled. It always made her laugh.
She opened a cedar chest situated under the window, took out a duvet, snapped it high in the air and let it float slowly down to the floor. It was a wedding gift from her grandparents, perfect; her ancestors provided an ideal foundation.
Feeling safe and secure in the warm sunshine, they slowly undressed. Emily was shaking with anticipation, desperate to make love to the man who would share in the creation of their child. My God, she thought, this beautiful, remarkable afternoon is sure to produce a baby. It will be a boy. She knew it, a happy, healthy baby boy, and we’ll raise him together.
They dozed, naked in the warm sun, wrapped in each other’s arms.

Emily would remember the sunny afternoon as the happiest day of her married life.