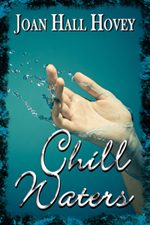 WHAT IF EVIL STALKED THE ONE PLACE WHERE YOU FEEL THE MOST SAFE?

He stood near the ancient gnarled apple tree that for years now had produced only sour, wizened apples, waiting for her. The hot thick air hummed with the chirping of crickets. Behind him, an occasional fat June bug bumped against the screen door, drawn by the night-light. Now and then a car passed by, seeming only to emphasize his sense of aloneness. Not much traffic on Elder Avenue since they built the thruway.

Three houses down, Nealey’s old black lab set to barking excitedly at something – a raccoon scavenging in a garbage can, most likely, but it could just as well be shadows. The mutt had a game leg and was as deaf as his mother’s turquoise plastic crucifix that hung on the wall above the TV. The old man oughta have him done away with, put the damn thing out of its misery. Maybe I’ll do it for him one of these days, he thought, a grin playing at one corner of his cruel mouth. As he retrieved the pack of cigarettes from his jacket pocket, he heard Nealey’s door open, heard the old man’s low, gravelly voice call the dog inside.

He gazed up at the starry sky, grin fading as he envisioned Marie and that hotshot kid in the fruity white blazer slow dancing under these very stars. Bodies molded together, the kid’s hands moving over her, groping… his breath hot in her ear…

With a muttered curse, he shook his head as if to banish the image, checked an impulse to crush the pack of cigarettes in his hand. Instead, he struck a match against the tree, but his hand was unsteady and it took a few tries before he managed to get it lit. Leaning his back against the tree he closed his eyes. The rough bark of the tree stabbed like jagged stone through his thin nylon jacket. He sucked smoke into his lungs, exhaled slowly, trying to calm himself.

He wasn’t usually a heavy smoker, but four hours later, when he finally heard the car drive up, a small mound of butts had accumulated beside him on the ground. With slow deliberation, he mashed this latest one out too, and rose to his feet. Although stiff from sitting, at the same time a power born of rage surged through his veins like electricity.

Music drifted through the open, car window – a soppy Manilow ballad about a girl named Mandy. Above the music, her laugh floated to him, high and lilting as wind chimes. Mocking him. The flirtatious note in her laugh made his throat tighten, his hands curl into fists at his sides. But it was the maddeningly long silence that followed, while the music went on playing, that made him want to fly at them, yank them both out of the car and beat that scummy kid with her until he had to crawl home through his own blood. He wanted to do it. He saw himself doing it. It took all his will to remain where he was.

At last she got out of the car. He could see the pale flair of her skirt through the leaves.

“Night, Ricky. I had a really nice time.”

“Yeah, me too. Okay if I call you tomorrow?”

“You wanna go to a movie? Christine’s playing at the Capital.”

The car door closed with a solid thunk. The kid’s old man was a dentist; the car was a graduation present.

As Marie turned away and started up the path toward him, the kid gunned the motor and drove off, taillights glowing like twin rockets, swiftly disappearing into the night.

Now the only sounds were the crickets and the soft click of her shoes on the cement walk. Yet she looked to be almost floating toward him, her white, strapless dress blue in the moonlight.

When she left the house tonight, her black glossy hair had been swept up into a satiny swirl, a few wispy curls trailing down past her ears; now it was messed up. The muscle in his jaw ticked as he moved deeper into the shadows.

Her pearl drop earrings swayed lightly above her bare shoulders as she walked. He knew how smooth those shoulders would feel beneath his hands because he’d touched them before. He had touched her. Had tasted the warm, throbbing hollow of her traitorous throat, crushed her mouth beneath his own, sometimes to silence her crying. Even now, he could taste her salty tears on his tongue.

As she drew nearer to where he stood in the clot of darkness, she touched her fingertips to her mouth, a small secret smile on her lips like the goddamn Mona Lisa. Face all soft and dreamy – all of it for someone else – never for him.

He waited until she was directly parallel to him, then stepped out of the shadows. He enjoyed hearing her gasp of shock, in seeing her hand leap to her breast in fright, the smile vanish as she stumbled on the walkway, nearly falling.

“Damn you! You scared me half to death. What’s wrong with you? Why are you always sneaking around? Always watching me. Can’t I have one normal…”

His hand clamped hard and sudden over her mouth, cutting off her words. It made him feel good to see those lovely eyes widen with shock, then fear. Fear that turned swiftly to terror, then to pleading. But it was too late for that. Too late. The beast had risen up in him.