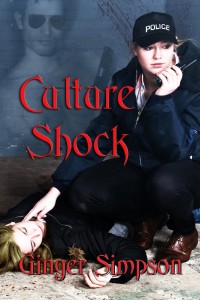 Naïve, country girl, Cynthia Freitas, moves to the big city with high hopes, but her starting salary barely makes rent in a run-down tenement. Newspaper headlines warn of a serial killer in the neighborhood, and the article grabs her attention when she recognizes the victims bear a striking resemblance to her. Alex Carlyle is assigned to assist detectives in one of the toughest cases he’s ever experienced as a cop. Despondent over a recent break-up with his fiancé, he buries himself in his work until he meets the cute new tenant next door who gives him something else to think about except kidnap and murder. The aftermath of their first “jolting” kiss places the burden on Cynthia to solve Alex’s case and keep him from potentially becoming the next victim.