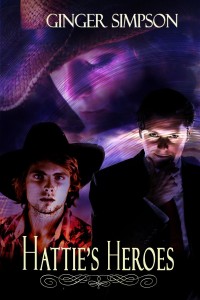 Hattie Carson leaves an orphanage that has been her home for years to embark on a trip to California with the Franklin family. How can tending three children be as challenging as ten times that many? A passel of surprises await, including meeting the handsome young man Mr. Franklin hired as an extra hand. It doesn’t take long before Hattie’ll do anything for Billy Monroe, including jumping into a fast-moving river to escape death at the hands of Indians.

Billie Monroe really expected to be overrun by a war party when he advised Hattie to swim for safety. Now she’s gone and it’s his fault. The life he planned with her in California is nothing more than a dream…the same dream Hattie’s having while she reads an old faded journal detailing the wagon train’s trip and the past she’s been convinced doesn’t really exist.