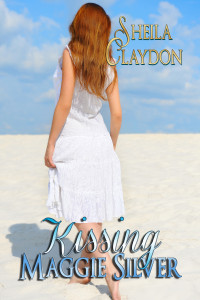 Maggie Silver intends to put as much space as possible between herself and her family just as soon as her parent’s ruby wedding celebrations are over. She is fed up with their constant advice and her never-ending babysitting duties. There’s a great big world out there and she wants to see it before she settles for suburbia. Then Ruairi O’Connor turns up at the same time her sister-in-law goes into labor, and suddenly everything becomes a lot more complicated.

As for Ruairi, in a few weeks time he will be on the other side of the world, so now is not the time to fall in love, especially with Maggie. Until now he’s thought of her as little more than a child so why has he suddenly discovered she is very grown up indeed and the only thing he wants to do is kiss her.