Sign UpLogin
You are here: Home / Books / Romancing The Nurse 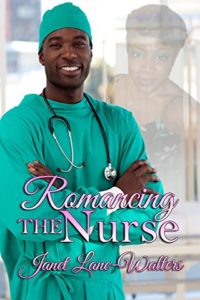 Ginny’s new job as patient care coordinator at a suburban hospital is a dream come true. She can raise her daughter and young niece away from the city.

The older orthopedic surgeon who recruited her helps make the move easier. His stroke brings his son, another surgeon home to take over his father’s practice. Unfortunately, Ginny remembers him from an evening encounter at the city hospital where she worked. They had words. He also remembers that night.

They clash but beneath the anger, there is an attraction. Blake wants her in his bed and attempts to romance her. Then he discovers he wants her forever and must eat a lot of crow.