Sign UpLogin
You are here: Home / Books / Shore to Please 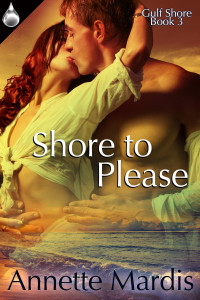 Tara Langley thought she’d found the love of her life, but he betrayed her with another woman. So she buried herself in her mission: convincing Gulf Shore Aquarium that dolphins and whales belong in the wild, not in artificial pools.

If Tara had her way, Paul “Flipper” O’Riley would lose the job he loves. Flipper is the head dolphin trainer, and the aquarium’s dolphins are his babies. While he’s open to having a real family one day, Tara is the last person he would choose to be his wife and the mother of his children.

These two should be sworn enemies, after all. He certainly swears at the sight of her. And his surfer-dude looks and lover-boy reputation aren’t exactly what Ms. Prim and Tidy had in mind when she pictured her ideal man.

But in the age-old way of opposites attracting, Tara and Flipper find themselves inexplicably drawn to each other. There’s no possible way a relationship between them could work, right?

As the two try to find common ground amid the quicksand, Flipper and his coworkers become the targets of an increasingly more menacing campaign to force the aquarium to release the dolphins under its care. Will Gulf Shore Police Detective Joanna Tompkins catch the culprit before it’s too late?