Sign UpLogin
You are here: Home / Books / The Locket 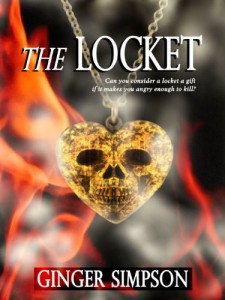 Can you consider a necklace a gift if it makes you angry enough to kill?

A simple trinket left in a confessional begins a path of destruction throughout the years.

The golden locket, left behind by a woman who killed her boyfriend, is supposedly cursed; at least that’s what she claimed before she raced out of the church. Anyone who dares fasten the pendant around her neck suffers severe and uncontrollable anger. Woe be it to anyone who gets in the path of the wearer.

Is the piece cursed, or are the deaths totally unrelated? Detective Clarence O’Day is unwilling to make the connection—until forty years after the first case.