Sign UpLogin
You are here: Home / Books / The Mystery Lady 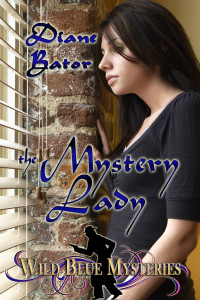 Danny Walker used to enjoy chasing criminals, but after being kidnapped and nearly killed, he longs to close the Wild Blue Detective Agency and live a simpler life. Forced to take leave from the police force, he has a long way to go to convince the shrink he’s even close to sane, especially when he helps his former partner solve a series of murders, which endangers the woman he’s tailing.
Wanna-be writer Lucy Stephen never wrote about murder until her husband moved out and thinks some man in a blue car is stalking her. When her husband and his girlfriend take her kids on vacation, Lucy discovers a hidden package of jewelry her husband desperately wants. The more she learns about the assorted pieces, the more Lucy realizes she may never see her kids again and needs to fight back with the help of the man who stalks her.