Sign UpLogin
You are here: Home / Books / Visions of a Dream

Visions of a Dream 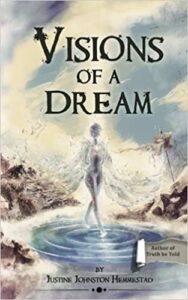 Justine Johnston Hemmestad’s second novel, Visions of a Dream, is a historical fantasy story set in the 4th Century B.C.E., circumventing the life and motivations of one of the greatest minds in ancient history.

Alexander the Great’s military career serves as the backdrop for an in depth story of his spiritual and personal life, framed by meticulous research into his life and recorded beliefs. As a writer, Hemmestad faithfully adhered to the facts as well as solid hints to the facts of his life to weave a story that may explain who Alexander was as a person and why he’s worthy of admiration, both then and now.