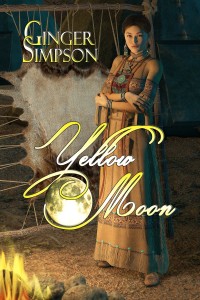 Yellow Moon, a Lakota maiden, accompanies her family to the Sun Dance and becomes promised to a Santee warrior who’ll soon be chief. While accompanying Thunder Eyes’ clan back to his tribe, she and the other women are stolen by the Crow, and while in Plenty Coup’s camp is told she’ll become his second wife rather than be a slave. She finds friendship and help at the hands of his first wife, a Cherokee captive called Pretty Shield.
When Thunder Eye’s comes to rescue his betrothed, she begs him to take her newfound friend along, and the two women eventually become sisters-in-law. When the Crow come to extract their revenge, fate changes their destiny in a big way.