Sign UpLogin
You are here: Home / Books / You Can Run 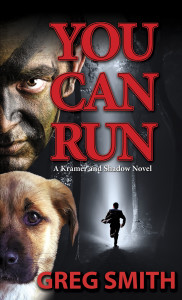 If you love thrillers packed with action and adventure, then You Can Run is definitely for YOU! Two US Marines (one a dog) volunteer to work with the FBI to bring down an international crime boss. This operation proves more dangerous than their deployment to Afghanistan and neither may survive.

The final manuscript has just been received back from the editor and is being being prepared for publication.