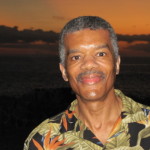 The author has also written a number of top selling true crime titles, including Murder of the Banker’s Daughter, The “Gold Special” Train Robbery, The Sex Slave Murders 1, 2, and 3, The Pickaxe Killers, Murder at the Pencil Factory, Killers of the Lonely Hearts, and Dead at the Saddleworth Moor.

As a sought after expert on true crime, R. Barri Flowers has appeared on the Biography Channel, Investigation Discovery, and Oxygen series.