Sign UpLogin
You are here: Home / Crime / The College Admissions Scam: Should the students be allowed to keep their seats and reap the benefits of the crime?

The College Admissions Scam: Should the students be allowed to keep their seats and reap the benefits of the crime? 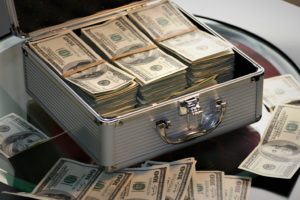 As the college admissions scam story unravels each day, it has reluctantly become a dream crusher for so many brilliant kids who desperately want to believe that honest, hard work is rewarded. It is understandable why highly intelligent and talented kids from low-income families might feel a personal sense of hopelessness after hearing how top schools such as Georgetown, Yale, University of Southern California, Wake Forest, and other colleges possibly have played a role in the admission scam. Apparently, if you come from a family of power and wealth, your entrance to the most prestigious universities is almost guaranteed. Well, more like fully guaranteed.

Donating a university building, private tutoring and coaching for sports training are legitimate and legal ways to help your children get into top universities. Instead, celebrity parents and many others chose to allegedly commit mail fraud and racketeering, which benefit only themselves and the corrupt staff members who took the bribes.

America’s wealthy will always have a leg up because they can afford to hire the best teachers and athletic trainers that money can buy. But high-priced tutoring was not good enough for some of the rich and reckless. Instead, they jumped the line, falsified information and bribed their way through the admission process. This revelation has caused both parents and students of lesser means greater dismay and discouragement.

Jennifer Kay Toy filed a class-action suit claiming that her son with a 4.2 GPA applied to few of the colleges involved in the scandal but was denied a spot as a result. Toy is seeking $500 billion in damages.

Rejection is also part of the application process. Pampered kids are not being taught how to overcome true adversity because everything was handed to them. The dishonest parents and students will never know the damage and the impact their actions have caused. They were too fixated on their “it’s great to be me” personas while sitting at the Knights of The Round Table bragging about their children’s fake achievements.

Unfortunately, the fraudulent activities are believed to have dated back from 2011, maybe earlier. Sadly, so many bright, aspiring lawyers, doctors, computer scientists, athletes, etc. have been robbed the opportunity to attend their dream schools.

Why did it cost $500 thousand (an amount allegedly paid in bribe money by a celebrity) and how was the money used? Unfortunately, the parents might end up spending that same amount in legal fees, if not more.

College is not for everyone, nor does it uniquely define our prominent place in the modern world. If you can comfortably afford to write a check for a half of a million dollars, then why would your kid require a high-end education? Offering him/her the cash to launch a business would have been more practical. At the minimum, it would have been money well spent. Regrettably, it will not be the kids who will cash in but the criminal defense lawyers.