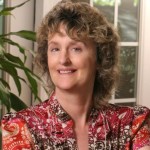 Diane Parkinson (Diane Scott Lewis) grew up in the San Francisco Bay Area, joined the Navy at nineteen, married and raised two sons. She writes book reviews for the Historical Novels Review and worked at The Wild Rose Press from 2007 to 2010 as a historical editor. She has three published historical novels: Elysium and The False Light. Her sequel to The False Light, Without Refuge, was released in March 2012. Her debut novel, The False Light, was re-released by Books We Love, re-titled Betrayed Countess, in 2013. Her current release is a romantic satire, The Defiant Lady Pencavel and a historical adventure, Ring of Stone. Her first paranormal, A Savage Exile, was released in 2014. She lives with her husband and dachshund in western Pennsylvania.