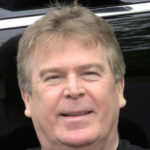 Author, “Growing Up in Disneyland,” and a seasoned public affairs and media relations consultant providing services to the public and private sector. Decades of experience in public relations, public policy, media strategy, coalition management, social media. Served as spokesperson on issues related to federal energy, transportation, and environment regulations. Career spans television and film production, executive level federal government public affairs positions, and the establishment of an award-winning public affairs company with two partners, Stratacomm LLC, based in Washington, DC. Currently working independently as a senior consultant to select clients. Ron is also the son of TV and film star, Don DeFore, who earned a star on Hollywood’s Walk of Fame for his role as “Thorny” in the Adventures of Ozzie and Harriet. He also had his own hit TV series in the 1960’s, “Hazel,” playing the role of “Mr. B.” Ron’s new book about his Dad and his own experiences in a Hollywood celebrity family and a career that led to Washington, D.C. was published July 15, 2019 ISBN:978-1-64316-626-1. Available wherever books are sold and autographed copies are available at: http://www.GrowingUpinDisneyland.com