Sign UpLogin
You are here: Home / Books / For the love of christopher a fathers tale

For the love of christopher a fathers tale 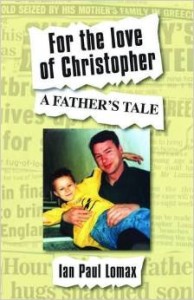 Most holiday romances have no conclusion good or bad. Just a few lead to fairy-tale. weddings and ‘happy ever after.’ Ian Lomax went to Corfu and fell in love with a Greek girl called Helen. They married in England and had a lovely little boy called Christopher. Blissfully unaware that his mother-in-law had plotted with his wife to abduct his son while on a trip to Greece, Ian found himself alone and broken-hearted in a strange country. This book tells the true story of Ian’s struggle through the Greek courts to recover his father’s rights to be part of the life of his son.

Picking up the pieces