Sign UpLogin
You are here: Home / Books / A Year Unplugged: A Family’s Life Without Technology

A Year Unplugged: A Family’s Life Without Technology 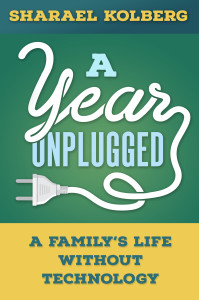 In A Year Unplugged, the Kolberg family bravely tries to wean themselves from their technology addictions in an effort to reclaim quality family time. The Kolbergs decided to not only turn off their television, but also take it up a notch and unplug their iPods, iPhones, laptops and digital cameras, and disconnect from their e-mail, cell phones and Internet for personal use. Not an easy task for most Americans; especially difficult for a family immersed in technology.

Sharael Kolberg chronicles the trials and tribulations of the family as they learn to live without modern technology. A Year Unplugged is a true-life tale that explores how dependent we are on technology and the impact it has on interpersonal relationships and society as a whole. Through thought-provoking, humorous and heart-wrenching narrative, Sharael hopes to compel readers to open dialogue about the conscious use of technology.

Sharael Kolberg began her writing career in 1995 with a bachelor’s degree in journalism. As a nationally published journalist, Sharael’s work has been published in numerous magazines, newspapers and Web sites, including Outside and Sunset magazines. Learn more at www.sharael.com.