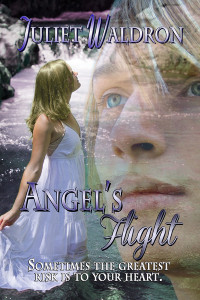 To reach her home in Albany and escape a kidnapper with designs on her fortune, patriot heiress, Angelica Ten Broeck, will have to cross enemy lines, and brave a lawless countryside. The once peaceful Hudson Valley has become a place where old scores are being settled under the guise of war, and where Indians and bandits attack at will. Jack Carter, the handsome man who escorts her, she’s only just met. Though it’s clear he’s a daring soldier and is able to fight or talk his way out of almost anything, she’s learning he’s also an all-too clever liar. She feels an irresistible attraction to her mysterious white knight, but who is this man who calls himself Jack Carter–really?

The Burning of New York

I still can’t believe what I saw, looking out of Aunt Letitia’s parlor windows last night. The whole City, south of her house, was aflame. We were afraid, and the servants stood before the door with muskets in hand. So much smoke blew about that we coughed, and the whole sky turned red, while people carrying pitiful bundles of clothes ran and wept, driving their poor cows and horses down the street! I hadn’t believed it could happen, that General Washington could be driven out of New York and that the British would rule here again, but that’s what has come to pass.

My Aunt believes that American sympathizers set fire to the City, that British troops were not responsible for the arson. This morning it still burns, and we’ve heard that more than half of the buildings have fallen. Auntie and I had hot words on the subject at breakfast, but after what I’ve seen and heard already of this war, I confess I am truly not certain of what to believe.

It’s unimaginable, the things my Uncle Ten Broeck has written about that are happening all up and down our once peaceful valley, the looting and burning, the wicked maiming of horses and cattle done by those who must have nothing but evil in their hearts. Everywhere, my Uncle says, men settle old scores with their neighbors, while hiding their dreadful crimes behind the names of “Loyalist” or “Patriot.”

Oh why did I ever come here? It has turned out exactly as my Uncle Jacob said. I’ve been a great fool, traveling in the middle of this war! All I want is to go home, to sail up the river back to Kingston,  but now I am trapped behind the lines of the enemy. My Aunt Letitia says that I–and my inheritance–are safer here, that because my Uncle Jacob is a patriot and defies the British, he will be hanged and his lands forfeited to the Crown. It is better, she says, that I “not be involved in his folly and ruin.”

She has gone back to her old plan for me, wants me to marry “a respectable English gentleman” and “leave forever this barbaric place”.  She doesn’t seem to understand that I am an American, bred in this land and to the bone. Even though General Washington has been defeated, I believe that in the end–somehow, someway–our Cause will triumph and that one day we shall enjoy the blessings of true liberty and peace.

Angel’s Flight is the sister book to the award-winning Genesee.