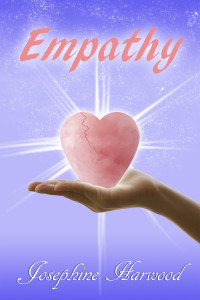 An empathetic caregiver tries to help a family cope after their loving mother suffers a debilitating stroke.

Bryan Wright has trust issues, and he has harbored a dark hatred for the man who abandoned his family ten years ago. Bryan’s siblings, Josh and Amanda, have questions about their missing father. When their loving mother, Annie, suffers a stroke, Bryan reluctantly hires caregiver, Delilah Walker, for one week on a trial basis. Bryan knows no one can take care of his mother as well as he can.

Delilah Walker is determined to prove to the skeptical, intimidating, and heart-stopping sexy Bryan Wright she is the caregiver for his mother. In one week she earns Bryan’s trust, and during a moment of emotional weakness, Bryan confides in her about his father.
When Delilah is assigned to a second client, she meets a man named Gary Wright. Suddenly Delilah has all the answers. Should she break caregiver/client confidentiality to bring this broken family back together, again? Should she risk her job? Should she risk…her heart?

EMPATHY
By
Josephine Harwood
Smashwords Edition
Copyright 2014 Josephine Harwood
This ebook is licensed for your personal enjoyment only. This ebook may not be re-sold or given away to other people. If you would like to share this book with another person, please purchase an additional copy for each recipient. If you’re reading this book and did not purchase it, or it was not purchased for your use only, then please return to Smashwords.com and purchase your own copy. Thank you for respecting the hard work of this author.
All rights reserved. No part of this book may be reproduced or transmitted in any form or by any electronic or mechanical means, including photocopying, recording or by any information storage and retrieval system, or by any means existing now or in the future, in whole or in part, without the express written permission of the author.
This is a work of fiction. Names, characters, places, organizations, and incidents are either the product of the author’s imagination or are used fictitiously, and any resemblance to actual persons, living or dead, is entirely coincidental.

Dedications
To my husband, John, and our son, Steven; I love you both, and thank you for never complaining about dusty furniture, dishes in the sink, or late dinners.

To my sister, Diana; your unbiased feedback as always is greatly appreciated. I think you loved this story almost as much as I loved writing it.
Late one night after one too many margaritas, I posted this on Facebook:
“…Cancer is a cold and heartless bitch. The only thing cancer is good for is bringing family and friends closer together.”
This book is dedicated to the ones who have lost the fight and for the ones who are still kicking cancer’s ass…and their families.

This book is also dedicated to all family caregivers.
You are stronger than you know.
Lynett Sousa,
You were a gifted social worker who gave so much of yourself and you helped so many. You gave the elderly their voice when no one would listen to them. You taught us, your students, the difference between sympathy and empathy.
You were already an angel before you left this earth to be with Jesus.
I will miss you…my mentor, my friend.
All my love,
Your Josie
Sympathy
Showing sensitivity while trying to understand how the person feels.
Empathy
Showing sensitivity and understanding because you know how the person feels.
For Heaven’s angels; Michael, Jim, Larry, Betty, and Donnie

In loving memory of Ted G. Harwood
Six months.
The battle is over.
No more pain.
You will live on…in our memories.