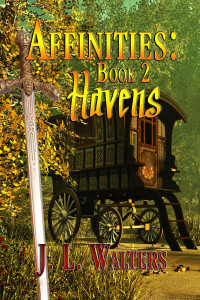 The four teens, led by the mysterious birds they believe are their parents seek a place of safety where they can learn to control their affinities. They find a place of refuge with Doma Jandia, grandmother of their friend Zand. The doma plans to take them to the highlands but news of the capture of two of their friends by Dom Senet, sends them on a rescue mission. Their powers are not strong enough to defeat the evil dom. They must find a way to succeed or their friends will be corrupted forever.