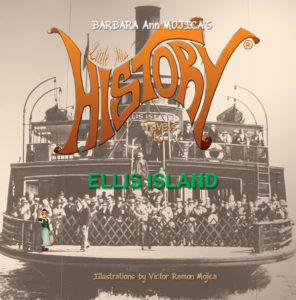 A journey begins with leaving one place and venturing forth toward a new home. Millions of immigrants left their homelands in the nineteenth and twentieth centuries to seek the promise of a better future in America. Why did they abandon their homeland? Some fled from political oppression or slavery, others sought work or the possibility of acquiring land to farm. Those who entered the Great Hall on Ellis Island did so with fear in their hearts and hope in their eyes.

Come follow along and explore their dreams and experiences as they passed through the gates of Ellis Island. Perhaps you will see one of your ancestors reflected in their eyes. For most immigrants the end  of their transatlantic voyage was a new beginning, for others it became “An Island of Tears.”