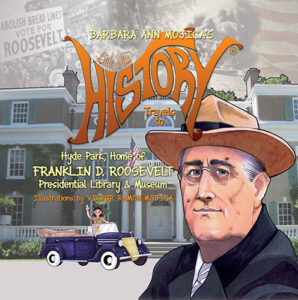 “My heart has always been here. It always will be.”
How did Franklin Delano Roosevelt’s upbringing at Hyde Park influence the role he played in guiding the country through an economic depression and World War II?
You will learn:
·      About the rooms and functions of the home
·      FDR’s family life
·      The various roles he served in government
·      His hobbies and interests
·      FDR’s physical struggles
·      The government programs set up to ease the depression
·      “Fireside Chats”
·      Dignitaries who visited
·      About Eleanor’s Val-Kill cottage

In FDR’s words, “The only limit to our realization of tomorrow will be our doubts of today.”