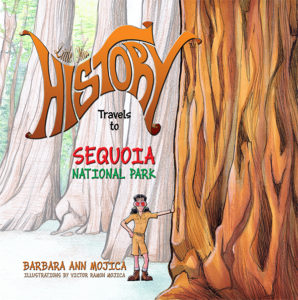 Since her last expedition to the Statue of Liberty, Little Miss HISTORY is flying across the North American continent to the recesses of Sequoia National Park, where she is skydiving into its forest! Here in the “land of the living giants,” the reader will learn about the differences between redwood and sequoia trees and of its first inhabitants and wildlife. Through breathtaking illustrations, adventurers will traverse its trails and immerse themselves in the awesome beauty and magnificence of Sequoia National Park. Readers will also discover the hidden dangers lurking there