Sign UpLogin
You are here: Home / Books / Rebecca and the Renegade

Rebecca and the Renegade 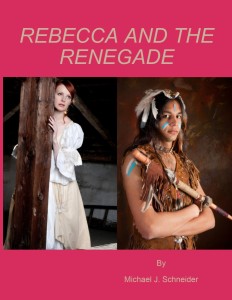 It’s 1781. While the Revolutionary War winds down east of the Allegheny Mountains, in western Pennsylvania, a tribe of Delaware Indians take to the warpath. A 19 year old girl, Rebecca Walker, witnesses the killing of her parents and brother by a raiding party and is captured herself. After unsuccessful escape attempts, she falls in love with a member of the tribe, Mamalachgook. She convinces him to run away with her; but further adventure awaits Rebecca.