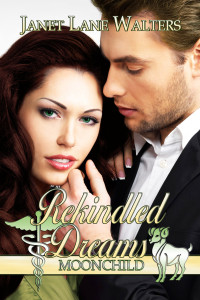 Returning to Fern Lake after ten years for the funeral of his cousin and teenage enemy, Simon Parker learns his high school sweetheart is nine months pregnant and seven months divorced from his cousin. Their meeting is complicated by her labor and driving her to the hospital. An attempted cheek kiss lands on her mouth and those old feelings resurface.

Dana Collins responds to the kiss but Simon walked away ten years before when she refused to go all the way. In those ten years he has never tried to reach her. Her marriage to his cousin lasted less than two years and she knew she’d made a mistake.

Can this pair put the past aside and let the embers of an old love be rekindled?