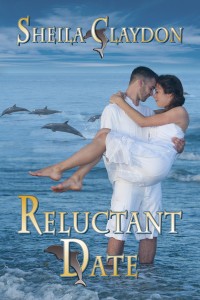 In a rut, and with her love life at an all time low, Claire Harris makes a New Year’s resolution to join an Internet dating agency. Her challenge is twelve dates or twelve months, whichever comes first, unless she is lucky enough to meet Mister Right along the way. On her final date, and convinced that only frogs are left in the dating pool, she is relieved that it’s nearly over…until she meets enigmatic American, Daniel Marchant. The only problem is, his brother has set him up, and Daniel makes it very clear that he’s not interested in dating anyone at all. He is looking for someone to work in his developing conservation research company though, and when he discovers that Claire has the photographic and cataloguing skills he needs, he offers her a dream job in Florida.

But Dolphin Key is not as idyllic as it seems. There are too many secrets and too much heartache. And Claire has her own secrets as well. Not that she is going to share them with anyone, least of all with Daniel, because he must never know he has stolen her heart.