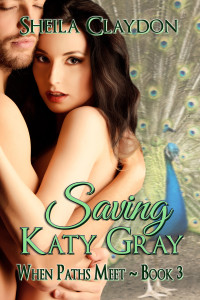 Katy was used to losing things. First she’d lost her childhood home, then her career and reputation, and finally, and most dreadfully, her identity, so she knew she should be used to it. She wasn’t though and she couldn’t bear the thought of having to leave her job and start over, not now she was beginning to make a new life for herself. On the other hand she wasn’t prepared to play second fiddle to her boss’s girlfriend. Thank goodness she’d found out what he was really like before it was too late…or had she?