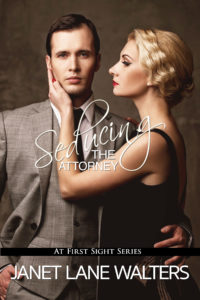 Lauren Grant’s first meeting with Tony Carlin happened four years ago at her sister’s wedding to his older brother. There’s been an attraction but a wary one. The handsome arrogant attorney had showed disdain. At that time Lauren had been a troubled teen with streaked hair and piercings. Now, she’s working toward her Master’s in OT and has no time for more than school and her infant nephew. The death of Jamie’s parents has left Tony and Lauren as joint guardians of the baby.

Tony makes assumptions about Lauren’s current life-style. He’s as attracted to her as he was four years ago. But he’s a player and has no thought of making any commitments other than having sole custody of his nephew. He is grieving for his brother. Lauren grieves for her sister and Tony’s brother. A moment of mutual comfort sends them on a spiraling course.

Will they solve the problem of the custody and come to admit their feelings for each other?