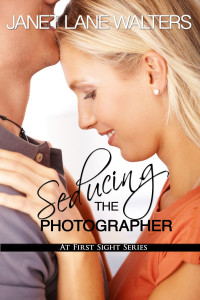 Meg is sure she’s made a mistake when she agrees to pick up and Injured Steve, the magazine group’s photographer from the airport. The first moment she saw him, the Blakefield Curse took effect. She fell in love and she was a forever woman. He wasn’t. Spending time with him over the weekend only cements her feelings. She has rules of life and she breaks everyone of them even the new ones she added that weekend.

Steve has been intrigued by Meg and he enjoys her blushes. He’s found ways to raise them but something more is happening here. When she leaves abruptly, he wants to track her down but his broken leg makes pursuit difficult. Now he must find a way to win her over and that takes some time and clever moves.