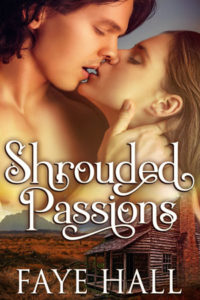 Murder, lies, deception, and love set in the outback under the Australian sun.

A past of stolen gold, lies, and murder joined their families together. It was a past that Devon Munroy and Lotte Higgins knew nothing about. All they knew was the passion they felt for each other. When Lotte is shot and dies in Devon’s arms, his world is destroyed.

Four years later Devon has married the person his father handpicked for him, but he’s still grieving for the woman he lost. He’s a mere shell of the man he once was, his life having become a drunken haze without meaning. Then he meets a woman who reminds him so much of his lost love it makes his heart ache.

Lotte has been in hiding for years, but when more bodies began turning up around town, all brutally murdered, she knows it’s time to bring down the person who tried to kill her. And Lotte knows who is was—the woman Devon is now married to. Changing her looks in order to keep her true identity hidden, Lotte takes a job in their home, hoping to find some proof of the woman’s crimes. But can she resist Devon when she’s so close to him? And when the truth comes out will Devon be able to forgive her deception?