Sign UpLogin
You are here: Home / Books / The Beautiful Scientist: A Spiritual Approach to Science

The Beautiful Scientist: A Spiritual Approach to Science 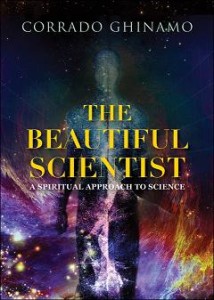 Are science and faith antithetic? Are the new discoveries in science making faith in God totter? Or can science be the basis for strong faith and the belief in a Creator? Discover how.
The Beautiful Scientist takes an interesting look at science and faith, and how the two can work together to prove there is a Creator. Corrado Ghinamo believes it is the very existence of the universe that allows people to see there is a super-entity, there is a God. He uses scientific evidence, like the Big Bang Theory, the smallest particles of the universe, the galaxies, and what he calls the Super-Force to prove just that—God does exist.

Creation and evolution are not two separate ideals; rather evolution is one of the means that God used and still uses in creating and governing the universe. Ghinamo shows that God is a logical necessity to complete the vision of scientist’s universe. The same goes for people of faith; there is scientific evidence that can further the existence of a Creator.

The Beautiful Scientist: A Spiritual Approach to Science uses easy-to-understand language, examples from everyday life, and an easy-to-follow structure to prove that the universe, far more beautiful and complex than people can imagine, was in fact created by God, and that evidence and rationality in science can lead to the belief in God.