Sign UpLogin
You are here: Home / Books / The Deepest Dark 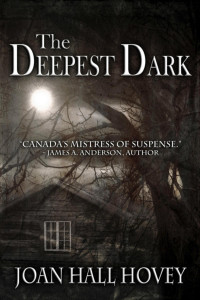 The three dark figures moved quietly among the shadowy, rain-dripping birches, pines and alders toward the old farmhouse where amber lights glowed in the two lower windows. They crept with the stealth of foxes intent upon the chickens in the hen house, hungry and deadly, already tasting blood. And the Nichols’ actually did keep a few chickens of their own, mainly for the fresh eggs, but not altogether for that reason. They liked seeing them clucking and pecking about the yard; they were good company and cost only a bit of seed. Once, they had operated their own farm, and a fair sized one it was, too. These days they kept a small vegetable garden and Ethel Nichols tended the flowers that grew along the walkway and in her window boxes, mainly morning glories in heavenly blue and pansies in shades of lavender and sun-yellow.

In their early eighties now, and in relatively good health, they were enjoying the fruits of their labor in these latter years, including the big screen TV on which they were presently watching an old rerun of All in the Family, one of life’s pleasures that Hartley and Ethel shared. Playing scrabble was also a favorite pastime. (for Ethel especially since she always won) and checkers, definitely more Hartley’s game. The couple enjoyed simple pleasures like taking a walk through the woods, though not so much since Hartley took a fall and broke his hip last spring. He’d had a hip replacement but it didn’t turn out quite the way they’d hoped, and he used a cane now. Their golden lab, Ralph, used to accompanying them on their walks, but Ralph got old and died last year and they didn’t have the heart or will to replace him. Although lately they’d been talking about taking a drive over to the shelter and seeing if they couldn’t find a new furry friend.

They also enjoyed sitting on the porch swing and just admiring the sunset, even if it was a bit of a cliché. And now and then a family dinner, whenever Sally, their beautiful, unmarried, successful daughter who worked in real estate in Halifax, could make it home for a visit. Occasionally Hartley and Ethel talked a little about how nice it would be if Sally met someone special, got married and presented them with a grandchild. But they didn’t dwell on it. Didn’t push their luck. They were very blessed just as things were, and they knew it.

Ethel and Hartley Nichols had been in love since they were teenagers. And though they’d had their ups and downs like any married couple who had spent more than sixty years together, they were at one with each other and with their place in the universe.

When the commercial came on, Ethel rose from the big stuffed chair across from her husband’s Lazyboy. She was white-haired, ample of figure, and quick to smile. “Cup of tea, Hartley?”

He looked in her direction and grinned mischievously. Though his own hair had long gone and he walked with a limp, to Ethel he was as handsome as the first time she saw him walking into Mr. Biggar’s class in grade nine. She could still see him as he was then, tall and lean, with a thatch of fair hair fallen over his brow.

“Wouldn’t mind having just a tiny slice of that apple pie you baked to go with my tea.” An affectionate coaxing twinkled in blue eyes that had faded only a little over the years.

Looking at him, she mentally shook her head. He knew he had trouble getting to sleep if he ate after he’d had his supper. “Sure,” she said. And it will be tiny, Mister Nichols, you can bet on that. She had started for the kitchen when she stopped in the doorway between the living room and kitchen, thinking she’d heard a noise outside. She listened. Heard it again. A squeaking of the porch swing chain?

“Did you hear that?” she called into the living room.

“I’m not sure. Sounded like… oh, I’m sure it’s nothing. The wind.”
Hearing nothing further, but still wearing the same uneasy frown on her face, she continued on to the kitchen. She was reaching into the drawer for a knife to cut the pie with when she heard the noise again. She looked in the direction of the sound and that’s when she saw the grinning face in the window. Her heart lurched painfully but before she could cry out, something crashed against the back door. It burst open and three men strode into her kitchen, big as life. Three men she had never seen before. Strangers. “Who are…?

The one who appeared to be in charge, the nicest looking of the three if you could get past the smarmy smile, said, “Ah, ma’am, we could surely take to a slice of that fine pie on your table there. And maybe some coffee. Oh, by the way, this here is Tattoo,” he said, gesturing to the man beside him. “He’s got a real name but no need for you to know that. Better in fact, if you don’t.”
The big man he referred to was dark and swarthy with a hook nose and beady eyes, like a hawk. He wore a dark jacket over a plaid shirt. The neck was open and she could see the snake coiling up and around his neck and on upward to where its menacing purple-brown head covered one side of his hard face, fangs bared.

Ethel had seen a similar spectacle in a circus side-show once. She tried to calm her heart which was beating a mile a minute.

“Dog here right behind me. Odd name, I guess, but you’ve gotta admit, Dog kinda does look like a mutt, doesn’t he? Hair flopping over his forehead the way it does. And those sad eyes. Don’t you think so, ma’am?”

As frightened as Ethel was, and she was indeed frightened, she didn’t think his eyes looked sad as much as they looked stupid. And dangerous because of that. A follower. He was the shortest of the three and his foolish grin showed a mouth full of bad teeth. There was a collective stink of wet cloth, body odor and something else that wafted off them like a cloud of evil, contaminating her kitchen. She heard the squeak of Hartley’s chair as he lowered the footrest. Oh, dear.

The man who had been doing the talking glanced away from the one he called Dog and raised an eyebrow at Hartley who came hobbling into the kitchen just then, his face flushed with anger. “You busted in my damn door. What do you fellas want? Get the hell out of…”

No, Hartley, no, Ethel begged silently, but before he could even finish his sentence, the biggest man, the one called Tattoo, back-handed him across the face, slamming Hartley into the kitchen wall, sending one of the pots flying off its hook and clanging across the floor. Ethel cried out, feeling as if she’d been struck, too. Her arms reached out instinctively to her husband, and it was then that she realized she still held the knife in her hand. She had taken it out of the drawer to slice the pie. The big man was about to strike Hartley again, and she tried to drive the blade into his back. The blade barely pierced the skin, causing only a superficial wound, but still managed to raise a holler from Hartley’s attacker.

The other man grabbed her by both arms and tried to force her into a chair, yelling into her to face sit down. In his day Hartley could have given either one of them a run for his money. Hartley always could handle himself. Even now he was struggling to get to his feet and fight back, but the man hit him again, with his closed fist this time. When Hartley went down again the man followed up with a vicious kick to his bad hip. Hartley groaned. Ethel was out of the chair and screaming for the man to stop, falling to her knees beside her husband, tears streaming down her face.

The man who had asked for the pie, who had forced her into the chair, the apparent leader of this pack of thugs, said, “Sorry about old Tattoo, there, Ma’am.” Ethel was crying so hard she could hardly see him.
“He can get pretty nasty when riled,” the man continued. “Your husband shouldn’t have been so inhospitable.” He took the knife from her hand. (with a spot of Tattoo’s blood on it) “Poor old fella doesn’t look too good, does he. It’s his own fault, you know that’s true. Now if you’ll just muster up that coffee, maybe I can get my friend to calm down.”

“He’s not breathing,” she cried. “I have to call an ambulance. Oh, Hartley.” She dashed for the phone in the living room, but Tattoo’s arm shot out and he grabbed her by her thin, white hair and yanked her back. Ethel turned and began to beat at him with her small arthritic fists, screaming her rage at him as she did. Tattoo struck her hard in the face and she fell silent to the floor. Then he picked her up and threw her bodily across the room.
Donnie Leaman (Dog) looked away, while Ken Roach looked on helplessly at the railing madman in the kitchen. They shouldn’t have come here, Ken Roach thought. It was a mistake. But too late now for regrets. What’s done is done.