Sign UpLogin
You are here: Home / Books / The Weatherman 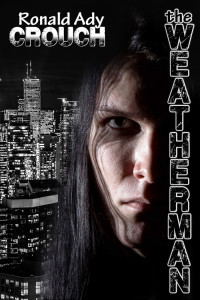 When adults tell young men, “There is always someone bigger than you”, Sam Stephens is the guy at the end of the line. He is a fiercely proud member of the First Nations, serving as a soldier on the front line in the Canadian military, stationed in Afghanistan. Because of his courage and bravery, his close friends call him Warrior. An improvised explosive device is detonated by the Taliban as his convoy is returning to base. His best friend is killed. Sam does not believe in turning the other cheek. His actions save the platoon. Privately he is thought of as Einstein in Rambo’s body.

Sam joins the Toronto Police. At the Police Academy he is a force to be reckoned with. When an instructor begins to sexually harass a beautiful female student, Sam becomes personally involved. On his first tour of duty with Toronto, he becomes the Subject Officer in an investigation by the Special Investigations Unit. He remains one step ahead of them.

On a trip to the red light district, he and his new coach officer learn that one of the hookers has been badly beaten by four men, but will not complain to the police. She too is First Nations. Sam begins his own investigation. When he discovers that the same men are responsible for the violent rape of a veteran police officer’s daughter, Sam formulates a plan to deal with them himself.