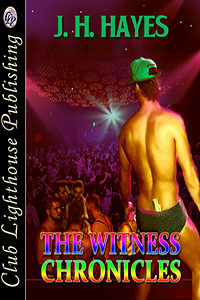 After graduating from college in May of 1982 at age 23, Robert forges a career and new life in the festive gay scene of Dallas. He begins a challenging sales job despite disapproval by his fundamentalist parents, who do not know he is gay. Robert describes typical nights on the town including the “strength in numbers” security inside the clubs. “I enjoyed drinking a few beers and cruising while a couple tried to lure me into the restroom for sex and drugs.” In Texas sowing wild oats is an undeclared rite of passage and the younger guys show Robert they know how to do it. The Minimum Legal Drinking Age will not rise to 21 until 1986, and he embraces the young cowboys roaming the State. In June he falls for 18-year-old Mick, who lives 100 miles from Dallas and travels often partying with friends.  In July Robert meets Will, a teenaged college student who lives 200 miles away in Austin.   While searching for extra motivation to kick-start the career, Will provides a spark and spends a week with Robert as infatuation takes control.  Mick tries not to lose Robert so they continue their fun too.

Robert’s sales success propels him into management though he must cautiously conceal his sexuality. He develops a lasting friendship with his rookie salesman but does not want to be “outed.”  He befriends neighbor Susan, who accepts his sexuality and they socialize to be seen by Robert’s business colleagues.  In late July 1982 the term AIDS is first used by the media. Robert learns of the disease in October by reading a gay publication, and the knowledge drives him to search for a faithful partner. Will and Robert maintain a long-distance relationship but Robert ends it when he determines Will is too promiscuous to hold on to.

Robert’s career blossoms but his “fundie” parents continue to pester. When promoted to manage an office in Mick’s hometown, the pair lassos each other and promise to remain monogamous though Mick’s roaming habits are hard to break. Robert feels he is raising the spoiled immature teenager as passion bonds them. When business needs force him back to Dallas, they relocate as a couple and Robert’s parents find out their son is gay. After harsh confrontation Robert’s parents never again speak to him, so Mick decides to stay in the closet with his family. They celebrate their one year anniversary in February 1985 though Robert struggles to believe Mick is faithful. When Mick seeks career counseling it exposes he is a high school dropout, and Robert hopes that is the worst of Mick’s past but there is more. Similar to all young couples in love during any era, Robert and Mick painfully face issues and demons and work through them to strengthen bonds as they both mature and understand the depth of their love. They renew vows when they enjoy their first Christmas without family interference and join friends to toast to the coming year 1986 with joyous expectations.

In the final chapter as approaching their two year anniversary, disaster strikes when Mick is stricken with PCP, a form of pneumonia that was a common and rapid killer. Robert is refused hospital visitation because he is not a relative. At 22, Mick chooses suicide a lesser disgrace for his family. Robert is interrogated as a suspect. Police broadcast to neighbors “looks like an apparent suicide by hanging, just another sick faggot.” Robert loses his job and then his apartment because of a law prohibiting two males living in one bedroom.   Alone to contemplate his fate, Robert does not express bitterness or physical pain as he reflects. In his journal he explained why he wrote it. “I spent a week in the hospital, and then my final months at a friend’s home remembering and writing while I had the ability. An obituary or death certificate could never accurately relate what did me in.”  As evidenced by his final journal entries, any naivety Robert may have had at 23 is gone by age 27 but he has no regrets. As Robert suggested, his dear friend from their glorious sales days preserved the journal Robert had titled The Witness Chronicles.  The final entry dated July 14, 1986: “All I ever wanted was someone to love.”

I FELT I MIGHT never make it back to my apartment that night. The out-of-town lead cost seven dollars in gas and did not worry me on the drive there. The unproductive journey and the fact it was almost ten after I had been at the office at nine this morning was all taking a toll on my attitude. I wanted a hot bath with the stereo loud. Maybe some Bryan Adams would perk me up. The lights of Dallas were brighter as I lit my last cigarette before arriving home.

I heard the phone as I opened the door. The apartment was usually silent when I entered, and the ringing was as close to having someone home as I had known since Becky had lived with me. My thoughts drifted to the distinction about my name. After coming out in college, I decided to be known by my middle name. My first name is Charles and as a child I was Chucky, then Chuck as I grew older and finally the transition to Robert when I realized my gay feelings were okay. Changing to Robert was a new beginning, although there could have been no Robert without Chuck’s experiences. Becky had married Chuck. The difference also helped organize thoughts regarding who I was speaking with when someone phoned. If they called me Chuck I knew they did not know Robert, and vice versa although it was not that simple.  I was discrete with my sexuality. Robert sounded more professional too, now that I was twenty three.

“Chuck, your father and I want to see you,” a recognizable voice replied to my anxious hello. “We only saw you a few minutes at your graduation so we’re coming to Dallas Saturday.”

“But I have to work all day and I’m not sure when I’ll be home.”

“We’ll get a hotel and just call you until you do get in. We can have dinner together. Your father wants to break in our new car. You’ll like it too. It’s a new Cutlass Supreme.”

“But Mom, I know you’re going to try to talk me into quitting my sales job and moving back to Houston. We’ve been all through that and I don’t need you nagging me out about it.”

“Charles, you make your own decisions about your career,” in her unique patronizing tone. “We just want to see you.”

“Please don’t come now. I want to get settled in this job before I have to deal with you. I’ll take a few days off in a month and come visit y’all in Houston.”

“Your dad wants to talk to you.”

“Hi Chuck, what’s the news?” he said. “We’re driving up Saturday. Be there around three. We’ll call you when we get there.”

“Your mother wants to say goodbye.”

“We’ll see you Saturday,” she pushed.

“We love you.” Hum went the receiver after she hung up.

Well shit. That’s all I needed now: to have to deal with them again and this time in person. I told him I did not want to work at a bank. I told him I would not go for the interview with his friend. But no! He wanted to help me get a job in Dallas because I would not move back to Houston. What the hell’s Houston anyway? I spent twenty years there in that sink hole, and I would rot before I went back. Where was “You Want It/You Got It?”  Let me crank this thing up. The hot water cleansed me. I knew I had an early morning at the office.

“So how does it feel to get your first commission check?” Milner snickered at me. Terry Milner was the top salesman. Canary Cadillac, five hundred dollar tailored suits (who knew how many?) and real arrogant. A “mooch,” as I later became aware of a salesman’s term for one who would buy anything for prestige. I was flattered he spoke to me so I thought for a second of a reply.

“I don’t call a hundred eight six bucks much of a check, since it’s the first in my three week sales career,” I laughed. “But in a couple of months I’ll be making more in a week than my college buddies make in a month.”

I was glad to have this hundred eight six dollars. I had to scrape up rent somehow in two weeks. This pressure was what sales is all about, I thought to myself as I hurried out for an early morning appointment.  By noon I was back at home shuffling through my refrigerator debating bacon and green beans or a bologna sandwich. I hated being there during the day because I did not have any money to help occupy my time. All I could think about was Mom and Dad coming this weekend. How was I to keep a positive attitude? Sleep seemed the only escape, and when I awoke I remembered why I chose sales over banking or anything else. I had been dreaming of Terry’s success as a salesman and all the material items I wanted to buy. My six thirty p.m. appointment that Thursday bought some of the finest home improvement products on the market. In that brief hour and a half I made a quick four hundred seventy five dollars. Now rent was made for next month. If I could have two or three sales a week I would be fine. I was beginning to understand what really motivated me: the freedom! Sure it was the money too, but how did I get my attitude right before I walked into that home? I knew it was all in my attitude. That is what everybody had been telling me. This was the life for me. It was time for a night on the town!