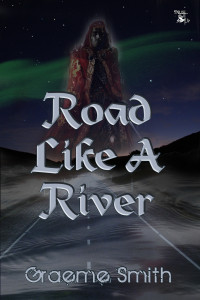 “Hey, Charlie. You like the truck better? Than the boat, I mean?”
That’s what she said as she walked away from the last ride she should ever have taken. And this one was smart. Kharon, even if he went by the name of Charlie these days, knew she’d be okay.
But this one wasn’t just smart. She was different. Because this one came back.
Charlie’s a trucker, an Independent. Meaner ‘n snakes, he’s been there, done that and kicked its butt—twice. What Charlie picks up, he delivers. Now Charlie’s biggest customers want him to take on an extra little job—an investigation into missing deliveries. Charlie turns them down flat. Because when god an’ the devil (not God and the Devil—it’s a union thing) are both sounding scared, a smart trucker drives away.
Then Rosie comes back, scarred from a whipping she swears Charlie gave her. It’s not like she’s the first to try to kill him. But she damn near succeeds, and not even the idiot in the lion skin did that. And it’s soon clear that whoever’s stealing souls wants Charlie in the frame—so they can take what’s in his truck.

Now Rosie’s pissed. And Charlie’s pissed-er. And someone’s going to pay. Pay a lot more than Charlie’s penny. Because nobody— not god, not demon, not poly-dimensional trans-optical hyper-sentient autonomous non-organic entity—nobody touches his truck.

Prologue - Eighteen wheels, and no roses.

The truck’s lights speared the night.

Sounded dramatic, he thought. But it weren’t like they could do much else. Dark was dark, and light was light. Damn beams didn’t know no better than to keep goin’ ‘til they hit somethin’ solid, or got plumb tired an’ gave up. So sure. What the heck. Let ‘em spear.

He stared out of the windscreen, as he had so many nights. He didn’t have to look at no map. Barstow was long gone behind, and Sweetwater was a ways ahead. Sweetwater, Abilene, Fort Worth—that was I-20. El Paso didn’t count. El Paso was I-10, and he weren’t drivin’ I-10 tonight. Pecos to Marshall, then the world stopped, ‘cos this was Texas. Round here, nobody gave a damn about anything as
wasn’t.

He jammed his way up through the gears, then jammed them down again. Weren’t like he had to. I-20 wasn’t big on hills or bends. But he liked the sound, so sometimes he did it anyways. He reached to the dash and turned up the radio, 92.3—Lonestar. Blair Garner was sayin’ as how that-all had been Sugarland, and thisall comin’ up was Kenny Chesney. It didn’t matter none. He couldn’t jam the gears
all the time, an’ the radio was noise at least.

There it was. Big Spring. About right. Soon enough, anyways. Past Big Spring an’ before Sweetwater. Real pain in the ass, havin’ to sub-contract the way he did these days. But the truck was too easy to notice, an’ it was the only way to get what he had to get. He looked quickly at the black lily hanging in the middle of the windshield, swinging with each sway of the rig’s cabin.

Soon enough, there she was. Right by the side of the Road where she was supposed to be. Caught in the beams, wavin’ and, from the looks of her, hollerin’ fit to bust. He started to jam the gears down. The rig always took a while to get stopped. Still, he knew the woman behind the truck would be comin’ along. Likely, runnin’. There wouldn’t have been anything else along here since she’d been…well, since. The rig slowed to a stop, and he waited, watching in the mirrorsas she stumbled down the Road. He leaned over, and pushed the door handle.

“Mister…?” She stood there, looking up into the cab. That made it okay. She’d
asked. He only ever did it if they asked.

“Y’all need a ride, missie?” Y’all. It weren’t Texas-right, still it would do. And, of course, she needed a ride. That’s what sub-contractors were for. They still had to ask. Every time, they had to ask. Then they was his.

“I…where you goin’, mister?” She looked as though she’d heard all sorts of stories about late nights and long roads. And drivers. Probably heard this one, too. Not that she had a lot of choice. ‘Course, none of them knew. Knew what they were choosing.

“I-20.” She looked puzzled. “Oh, just my little joke, missie. Wherever this Road goes, I’m goin’. All the ways to Marshall. I’d tell you where else, but everybody knows there ain’t no world outside of Texas.”

“Can…can I ride to Eastland? I…I landed at Midland. There was this guy…”

She looked half scared, half fightin’ mad. She had good reason for both. Just didn’t know why yet. She only thought she did.