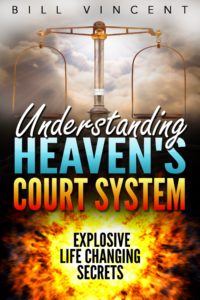 There has been a change in the Christian religion which isn t good.  We have lost our way and forgotten who God is.  But we have to remember that God is the one who delivers justice to us in the end.  He is the one who will decide what happens to your soul when you die.  And if you do things right in this world, then He will make sure that you are cared for in the next.

There’s a lot of beautiful people gathering together on Sunday mornings, a lot of people are gathering together singing songs, hearing a word, and then going home. The next week, they do it again. People you know, people I know, people you love, people I love. The problem is they’re living in a day of fallen Adam and Eve not a day of a resurrected Jesus Christ. Religion is not what God is coming back for. He is returning for a glorious church.

It’s become nothing more than play actions. People have been playing church. As a church, we have gotten away from the true Gospel, the true power of God. I’m telling you God has gotten left out of the church. Everybody’s going around with that good old time religion. “Give me that old time religion” is an old song we used to sing. We say we want God to move but our actions say something else. You know what that song really should mean and I believe it might have when it was originally written before it was put in a hymnal, give me that old time religion back in the book of Acts. That’s what religion was supposed to be. Turning the world upside down. Religion becomes dead instead of alive. How can the Church expect anything from the Lord when it is dead old religion?

To make matters worse, the disobedience of Adam and Eve caused all of humanity, all of us to suffer under one curse of sin to lose our dominion on the earth. Much hasn’t changed; one man’s decision can be a downfall for a whole lot of men and women. Sometimes, you don’t realize your decisions and how critical they are until its too late. Do you know Adam and Eve probably didn’t realize what they were carrying upon their shoulders? At this same time, we could talk bad about it and we can even refer to that story as a fallen Adam and Eve, who had all they could ever ask for but yet wanted the one thing they couldn’t have.

We can mock it, we can talk about it, we can refer to it but you know what? Until you are put in that place, until you get to the place to where you are put into a place of paradise and told not to partake of one part, one fruit, you cannot ever say, “I wouldn’t touch it.” We all would probably do the same thing. Christians fall every day, sin or make a huge mistake. Since Jesus paid the price for our sin and took it all upon himself; we are much like Adam falling over and over again.

There’s ministries that I have been around, ministers that tell me I will never have an affair. A lot of times you know what, the reason is because they never had a chance. I never had ostrich but nobody has offered it to me either. It is easy to say we won’t sin when the opportunity has never come our way. Sometimes, we get to the place we think of ourselves higher and above everyone else but yet we have never been put in their place, put in their shoes.

I believe what I’m doing right now is saying we need to redeem ourselves as a Body of Christ for Heavenly Court to come back in session. We cannot have heavens court backing us if we are walking in the fallen Adams and Eves. We all lost power to make kingly decrees but God did not leave us helpless. God is moving upon us to reclaim our authority.

He sent Jesus Christ. He sent Jesus Christ to rescue us. He gave us his living word to come boldly before the Throne of Grace to participate in a Divine Court System. We are able to do that because of what Jesus did for us. God has given us a better dominion than in the beginning. Even with what Adam and Eve did, we have a better dominion than they had. Our dominion includes a spiritual dominion where we can take authority over the devil in the heavenly realm. We can take authority over everything that the devil tempts us with. You need to take authority over the devil in the heavenly places. Sometimes, you have to battle through. This is called heaven. Earth is heaven. Doesn’t seem like any heaven to me. Biblically, it’s considered a heaven. Where the devil is and all his cohorts are in is the second heaven. This is our temporary residence because they have a judgement where they’re going to spend eternity in hell.

Except for the demons that’s already been cast to the dry places. There’s a third heaven where God is and all the angels and the supernatural throne zone.

I pray that the presence of God invades your life right now where you are. A lot of times, when you’re pressing in and you’re not really feeling the glorious presence of God, it’s because you’re having to battle through that second heaven to get to the third heaven.

A lot of the body of Christ has given up and we have gotten complacent to where we’re not battling through anymore. This is not what God is sending His Son back for. I’m telling you the violent need to take it by force. We’ve got to stop allowing the enemy to distract us and push us back. The enemy will keep us bound, if you let him.

We have a God given right to call forth heaven to come down. We do! We have the right to participate in that court room. In heaven, where the devil accuses and God and his angels carry out justice.

The devil accuses from his heaven and God releases justice from His heaven. Let me tell you something, when you line up to heaven’s court, God’s court, everything in heaven always overrides Satan’s plans. It’s a guaranteed court system if you do it right. In the rest of this book, you will find a new level that will truly change everything you have ever known about authority and the power of God.