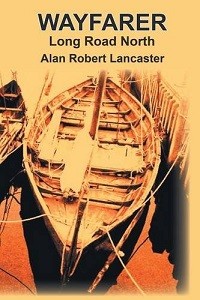 Ivar sets out from the Humber with Tostig’s sons Skuli and Ketil for Roskilde, where he seeks men and ships for the aetheling Eadgar. On landing at Whitby on his way north he is caught and taken by the Normans to Jorvik, to the delight of William Malet. His joy is short-lived. Braenda uses wiles to free Ivar and soon he is on his way north again to let Eadgar know of Svein Estrithsson’s offer of a large fleet.

He meets Saeward and other friends on his way to King Maelcolm’s court, and narrowly misses being taken again on the lower Tyne. At Berwick they learn of Maelcolm’s whereabouts and Ivar passes on his news to Eadgar.

With the lords of the North they take the road south the following summer, meet Jarl Osbeorn’s fleet in the Humber and move on  the Normans’ rebuilt stronghold in Jorvik. Having taken William Malet hostage a herald brings a warning from the king, on his way from Lincoln. Osbeorn makes them aware that the stronghold has been weakened and will not stand up to a siege. Not wishing to be caught out on the plain east of Jorvik and cut off from his ships, he takes his men back to the Humber.

Eadgar, his young earls and Ivar with his friends set out away from Jorvik with an injured Harding to be cared for by Braenda and her sister. William raises the hue and cry and sets out in pursuit… Can Ivar and his friends guide the aetheling to safety, and will William’s brother Robert of Mortain corner Osbeorn’s fleet?