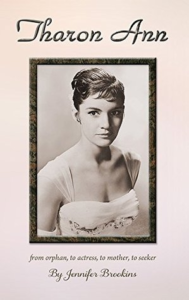 The author offers a nice meander down memory lane during a midcentury time when the south was still mourning the loss of the civil war while Hollywood was defining our world.

While composing this review, I sometimes wonder if composing within an idiom that defines our recollections is instructive or in some ways triggering.

Mid-century was defined by the advent of a large post-war birth boom. Baby Boomers (kinda strange to still call them babies) shaped the way the world viewed Americana. That nascent tool of entertainment called the TV brought love, romance, and family values into the lives of millions around the world.

It’s always intriguing when an insider pulls back the curtain for the great reveal… of how things really ticked behind the cameras. This journal owns that great reveal of what Hollywood’s giants were really like… from the words of a woman who lived it all.

For me the delight in this reading was understanding the candor. The author rose despite the hard political and social underbelly, that was a real-life arena of survival. Another revelation was that women were tainted and emotionally hardened by the struggle for success.

The story chronicled the rise of a character actor from her roots in the southern retrospection… in the words of a young girl.

She found herself alone with children and limited resources. But this strong woman found her path in life.

The difficulty was overcoming following her own path to success in a difficult world. Not considered a classic beauty – Hollywood can be a cruel place to succeed.

A well-written story and a good read.

Warning there’s a lot of the N word and a description of an African American nanny that is filled with a few too many physical attributions. Choice of descriptive words, even if considered jargon for the genre, may disturb some.