Sign UpLogin
You are here: Home / Global Events / A Writer’s Mandate to Terror

A Writer’s Mandate to Terror 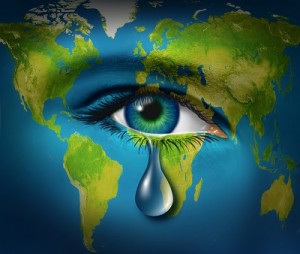 A writer’s promissory note is to desert the superfluous while revealing a truth.

It is a mandate born as soon as humanity felt the need to record current events.  Chronicling became the Pharaohs’ command as they took their scribes into battle. Boasting of defeat and victories on stone meant to last for an “eternity”.  That tradition continues.

The current tragedy being acting out on the seas and fields of Europe is not a new story.  Today it is tales of individuals and writers committed to marching to freedom across Europe.  Let us be clear that this migration of humanity is not voluntary.  Writers and photojournalists help us to understand that this is “a forced march”.  Death and misery are the protagonists and sojourners that make the task of storytelling this event more remarkable.

Today’s writers convey by way of a host of media the pending holocausts resulting from economic and political misery.  Risking life and limb these writers forego the comfort of home to endure the inhuman events that shape the travels of those fleeing Syria, Iraq, and Yemen, Turkey and or the overcrowded refugee camps of Jordan…Azraq and Zaatari. We depend on these writers to deliver a sense of the truest of harsh realities.

To communities of observers, writers act as disrupters. They remind us of our commonality with those fleeing in terror, seeking a place of solace and safety.

Etched with emotion they bring these events into stark imagery. Without the gifts of authors, there could be no history no means of recollection. Even the worst of times, cannot be forgotten…in the hope that we will not repeat.  The utility of digital media has made it all become forever.

Whether through well-crafted 60-second videos, hour’s long movie journals or full-page articles…we are reminded of their gift to convey. Compelling short sentences add the reality while defining the imagery. I think few of us really appreciate the talent needed to convey so much with a single sentence. Writers help the reader to understand the back-stories of each individual of the millions streaming over borders. They are detailing the moments that will release our emotions. We understand the need.  We understand the evil that has driven this forced march from ordinary living to those begging the world for sanctuary. They have become the fleeing who merely seeks to return to ordinary lives and not be the subject of a sixty-second YouTube video.

Will history remind us that ISIS or other governing states were the progenitors of torment?  Of course, because their victims have sanctified the pain and writers have lain bare the spectacle of it.

As stewards of humanity writers, journalists, news columnists, are the pastors of human history. ChapterSee is proud to be a haven to authors and writers.