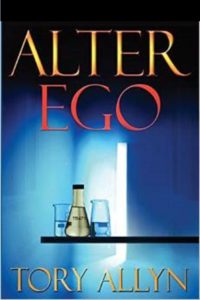 Informed by his Captain to retrieve the remnants of a disfigured body, Special Agent Jack Stanwick exited FBI headquarters and raced toward Rockfort, Virginia. As sirens echoed in the distance, he approached the old gravel road that led to Granite’s Mill. Jack knew what he was about to see, and with most of ‘the brotherhood’ dispatched away, outside help was needed. So the experts at the DANENPORT DETECTIVE AGENCY had to be hired. Bren Williams, Derek O’Rourke and Russ Munroe are detectives under the guiding eye of former police chief, Raymond Davenport. All four were ex-cops who turned over state’s evidence on corruption in their respective precincts, only to be ostracized by the remaining brass. If anyone can immerse themselves fully into ALTER EGO, they can!