Sign UpLogin
You are here: Home / Author of The Month / Author of the Month July: Janet Lane Walters

We are pleased to announce Janet Lane Walters as Author of The Month.

Janet has been a loyal member of ChapterSee since 2015 and currently has forty-seven books furnished. This month we share our love and appreciation for Janet’s contribution to the world with her love of words. She shares her charming story of why she became a writer, so, please enjoy! 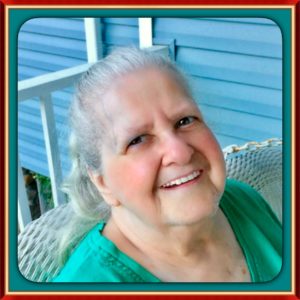 Why I Became a Writer by Janet Lane Walters

I was born on July 17, 1936. I’ve always been a story teller, and for 49 years I’ve been a published author.  From sitting on the front porch with friends and telling ghost stories to send chills up our spines to writing plays to be put on in a friend’s garage for the neighbors, stories have been part of my life. Those days there were no street lights because of World War II. Since I was reading before the age of four, books have always been part of my life. But gaining the courage to try to send any of the stories I’d kept in notebooks out for publication didn’t happen until 1968. Before then I trained as a nurse and used my writing in papers and care studies of patients, always with bits of description making my teachers shake their heads. After I married and had the first of my children, I decided I wanted to write stories that made sense. This didn’t happen overnight. I began writing short stories. The first one was called “A Small Smile.” The story of a very shy nurse and a dying patient. The sale of the story delighted me, and I continued to write short stories until the day an editor sent a story back with a rejection. “This sounds more like the synopsis for a novel.” Then I knew I had to learn how to write stories.

That began my career as a novelist. The first “sweet romance” published in 1972 followed by two others. Time in my life was taken to return to work as a nurse while the children grew older. In the 1980s I earned a BS in Nursing and a BA in English. The desire to continue writing remained steady, and I soon began again. Through the help of my friend, Jane Toombs, I discovered electronic publishing. I was off and running and have continued to this day, now gathering most of my books with one publisher. Books We Love LTD.

Many times I’ve thought of the question, why did I decide to write. I’ve never come up with an answer other than I love reading and writing seems to be an extension of this love. Words hold a fascination for me and learning to combine them in ways that make sense brings me joy and fun.

Filed Under: Author of The Month, Biography, Writer's Creativity