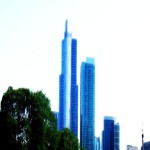 After completing my first book, I held tight to the dogma that a good writer earns his/her bona fetes by way of traditional publishing.  Ten years later and a host of publishers who would only accept my work rewritten to mirror their marketing algorithms, I have dispelled that notion.

Writers are learning on the job. They struggle with self-marketing and editing while creating new skills. After chatting with bestselling authors, both agency and self published, the jury is in.  The stigma of self-publication is rapidly fading. Indie authors have joined the ranks of the “also gifted” and Mark Coker has coined this new community “Indieville” or the universe of independent authors. Indie book promoting websites are flourishing.

Self-publishing has at last acquired the domain of the intelligential wordsmiths.

As software and online applications grow and mature, writers are endowed with new abilities. They are publishing on their own.  Coupling with giant retail websites there no longer needs be the big ads to acquire name and title recognition.  The advent of the eBook has rearranged how readers consume and created new ways to publish. The heady feeling of being in control and independent from contractual obligations has infused even the proven bestselling authors (those who actual live well from book royalties).

In order to embrace the tenets of becoming an independent author pledging the, Indie Author Manifesto, requires more than just a wish for la liberté et l’égalité.

In 2008, a now successful publishing support medium Smashwords came to being. In its wake, a renewed eco-system called self-publishing began gaining popularity. Their legions of authors hungry to take control over their labors grew with each passing day.  The forecast is for continued growth in self-publishing with increasing competition. Nevertheless, in becoming an independent requires an understanding of what works in web marketing. It is not always the cacophony of bells and whistles on a blog-landing page.

As bestselling-authors join the ranks of the independents, unknown authors will have to work harder in acquiring recognition. Nevertheless, there is one caveat that all writers can look forward to in the near future; the advent of fresh new readers.  To capture the attention of these nascent communities it will take more than book marketing sites that offer a plethora of gadgets and games to lure hungry writers. New authors should not pledge membership dollars that hold little promise of actually marketing cover art or content. It will require perceptive marketing sites dedicated to achieving greater web presence like ChapterSee.

In my opinion, it will be the hybrid authors and the bestsellers with imbed resources that will set the pace going forward.  Yet, there will be room for the up and coming to find their place in the pack….with the help of marketing sites like ChapterSee. It will be all about the consistency in cover art appearance within a broad range of social media.

Retail giants like Amazon.com and Flipkart are already dedicating millions of dollars to re-strategizing marketing efforts tailored to the legions of indie authors.  They realize that even though a shoving match will soon break out amongst the different levels of authors for market share….there is the coming of an important advent of new consumers.

Huge developing economies like India, where millions of its populace has yet to use a computer await this new world of digital content.  New governments and a yet to explode tech consumerism is busy expanding. The promised income parity will release waves of new buyers of digital devices. Emerging technologies are forever changing the ways the world will read.

It will be up to dedicated websites like ChapterSee to serve as placeholders for the tidal wave of global readers to come.