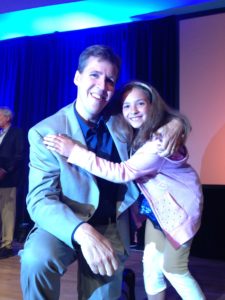 According to the article, Nielsen Summit Shows the Data Behind the Children’s Book Boom, the children’s and young adult genres were the largest areas of industry growth in 2014. Let’s face it, Hollywood loves children’s books. Throughout the years, our local multiplex theater had shown film adaptations of many popular children’s books – Charlie and the Chocolate Factory, Mary Poppins, How the Grinch Stole Christmas, Charlotte’s Web, Jumanji, The Wonderful Wizard of Oz, and let’s not forget the eight Harry Potter films.

E.B. White wrote many worthy books and essays for adults, but he’s probably best remembered for his classic children’s books, Charlotte’s Web, and Stuart Little. Also, Charles Dickens wrote serious literature. However, ask people what book of his they remember, and I bet most will say, A Christmas Carol. Why? Perhaps it’s because they first read it at a young age or saw the play as a child.

One of my favorites is Diary of a Wimpy Kid by Jeff Kinney. In 1998, Jeff created Diary of a Wimpy Kid, a story about a middle-school weakling named Greg Heffley. Jeff worked on his book for almost eight years before showing it to a publisher in New York – it ended up being an instant best seller. Three movies later, the book series has grossed more than $250 million internationally.

Children’s books are so much fun to write because you can essentially escape from reality and connect with the child-within. They open up a portal to revisit issues from childhood: growing up in a large family, bad teachers, bad haircuts, the death of a loved-one, best friends and lots of other messes in between. That’s the thing about writing children’s books: You’ll think you’re writing for them, when, in fact, you’re writing for yourself—or maybe yourself at their age. Children’s books become part of our memories and emotional development. Writing them helps us to work through issues through our characters. It’s cheaper than therapy!

Writing for children isn’t easy. Kids will often abandon a story that doesn’t interest, captivate, amuse, thrill, or terrify them –  the same as they would with a movie. But when you can find a way into a young reader’s imagination by helping them to escape their real-life experiences, there is nothing more rewarding.

So the next time you plan on writing a book for grown-ups, go back in time and think about those moments you spent wondering who you were going to sit with at lunch, or if your first crush thought you were a dork because of something you said. It’s definitely a chance to return to that moment and do it over.