Most authors dream of landing a reputable agent and a big publishing house – a package deal. When you think of traditional publishing, you think about the process of submitting your manuscript to multiple literary agents, and if an agent decides to represent you, they will send your manuscript to publishers with the hope of getting you a book deal. Your agent will most likely prepare you for a string of rejections expected. If you make it through the process of signing with a literary agent, you are half way there with your book having validation; at least, somebody thought it was worthwhile to give it the attention you felt your manuscript deserved. After you sign a contract with a publisher, your manuscript undergoes a series of edits, and then eventually published. 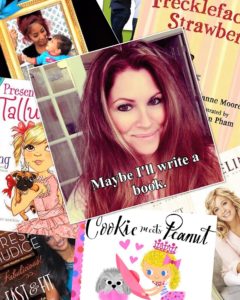 The lengthy process of searching for a literary agent applies only to writers who are not well known. Publishing opportunities, however, are more available for notable people because they do not have to introduce themselves to the industry; the industry knows who they are, and so does the public.

Unknown writers need to work more assiduously to get the attention and recognition a reality star receives. They must work twice as hard to get their books on The New York Times best sellers list. Reality stars bask in the glory of instant fame and recognition as did Bravo’s New Jersey Housewife, Teresa Giudice. Her book, Turning the Tables: From Housewife to Inmate and Back Again, (instead of flipping the table), including several cookbooks, were listed as New York Times best sellers; publishers ate it up and made a ton of money. By all means, this is not to say television and film stars cannot write. Celebrities will always have the advantage in competing for a book deal against new and upcoming talented writers. Amy Schumer’s multi-million dollar book advance is another example of fame working for the author and publisher. If Schumer were not a famous comedian, would she have gotten the royal treatment from publishers of course not? The most desired celebrity in a moment’s notice can decide to write a book and set it in motion with a simple phone call to their agent. Although, keeping in mind good and exceptional literature will always outlive an actor’s brief bio. Being famous does not always guarantee a big return for publishers. Clearly, Celebrity memoirs are not as popular as some might think because they are not selling as much. Hillary Clinton received a multimillion-dollar advance from Simon & Schuster. Unfortunately, sales declined on Clinton’s autobiography, Hard Choices.

There are thousands of talented writers out there and to succeed you have to write the finest story ever and never give up. Deriving personal satisfaction from your work and loving what you put on paper should be your priority. Do not take a publisher’s rejection personally. Agents and editors are in business to make a profit. If you write books that sell, your agent and publisher will love you. 🙂

Share your thoughts on the material you found exciting and stimulating with ChapterSee and friends.