Sign UpLogin
You are here: Home / Family / He Tried to Steal the Color from Our Rainbow

He Tried to Steal the Color from Our Rainbow 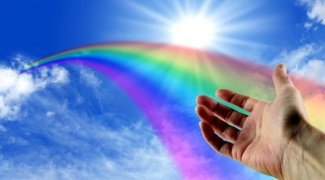 Sometimes in the ordinariness of our lives, routines become daily rituals. The rituals never prepare us for when a beloved is ripped forever from our arms.  Seared with immeasurable pain our souls have no words to express the agony. On June 12, 2016, one man carved from our lives 49 spirits. They were children, mothers, and lovers that defined many lives.  Murdered because of the way they loved.  The derisive label of “Other” has yet again found its home in a horrific reality of death and carnage.  They lived as lesbians, gays, bisexuals, and transgender.  But did not wear the accepted label of “Straight”.

A man visiting his nightmare on the world labeled himself a “radical Islamic.” He used a religious ideology to justify taking their lives.  Amidst laughter, music, love and friendship partygoers were too busy with the warm safety of the familiar ambiance of close friendships to notice the evil specter of death. The monster in disguise melted easily into the partying tribe.

Although this young monster was born in Queens, he reminds us of how our weapons laws can shelter evil.  The lack of gun regulations that enables almost everyone the right to buy high-powered weapons became, on warm Florida night, a weapon of mass destruction.

We can write and journal to the world the tragedies brought on us by our lack of will to control tools of death.  Nevertheless, there is an underlying horror that reveals a tragedy visited because of our need to use derisive labels for humans that we deem abnormal …thereby offering some the means to sanctify destruction.

There comes the understanding that our culture thrives under a collective embrace of “isms”. This realization makes journaling truths very hard. No longer should we point a judgmental finger at foreign terrorists. We grow them as well. Our social construct that allows the hate and marginalization of “Others” offers justification to those murdering through self-hate and becomes part of our daily lives.

Animal spirits that generate our antipathy and hatred for the “Others” fuel global financial markets, economies and the outcome is the loss of innocent lives. The culture of “Others” owns no particular race, ethnicity, or religion.  Yet it has caused 65 million people last year to risk death and flee their homes. On the other hand, on a warm night in Orlando it has destroyed the lives of 49 innocent LGBT nightclub merrymakers and their families for generations to come.

Every day journalists and writers often create content and storylines about evangelists enraptured in romantic ideologies about the right and wrongs of race, religions, and sovereignty. It is only through understanding and love that we can stop labeling our fellow humans as “Others”. The insanity of viewing people as not part of our societies pervades the constructs of our social policies, our economics, and our foreign exchange. It is idiocy to think that there will never be another Orlando. Not as long as a monster is enabled to mass murder without emotion, using a weapon that sets him apart from his own humanity.

The Orlando Monster was a man who openly sought religious ideology to cloak a personal nightmare of insanity.

It is a global thing…this exploitation of “Others”. Marginalization based on religion, skin color, sexual orientation, crosses borders and shares heated political rhetoric. It fuels our cultures since its beginnings and usurps rights while demanding fellowship to preset life paths. We want blind adherence to how and where to worship, who and how to love.

The cultures that are constantly fueled by separatists’ words of hate sometimes lies beyond the prose of hard-hitting journalism and enticing stories. Like vermin hiding under a rock, we must reveal its intent to make war and destroy.  There are no greater weapons than love and acceptance coupled with growing knowledge.

This should become the raison d’etre of all writers, ChapterSee